Some sights in Sahib’s Aquaponics Research Farm on the morning of Sept 29th, 2011 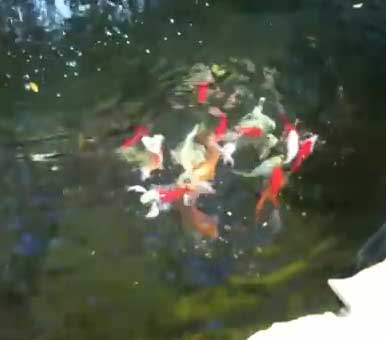 Stress relief watching my Koi & Goldfish in the backyard pond enjoying an evening meal. They in turn reward me with great waste that provides the Nitrates for my veggies & fruits. Food grown locally, grown naturally 🙂 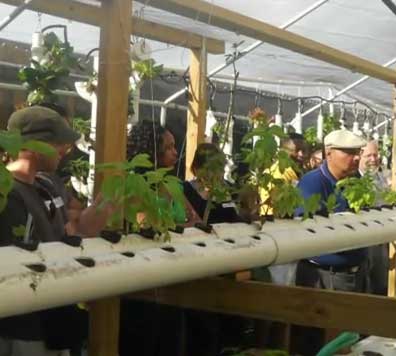 There were 4 tours scheduled for Friday Sept. 16th. 2011, one at 9.00am, one at 10.30am, one at 1.00 and last at 2.30pm. We actually ended up giving 7 tours as a number of Aquapon visitors arrived either much earlier than scheduled or after the tour was almost over…either lost their way, late flight arrival or other tour took longer. We tried to accommodate them all.
We were humbled at having numerous Aquapon Gurus and mentors visit our small Aquaponic Research Farm. Thank you -)